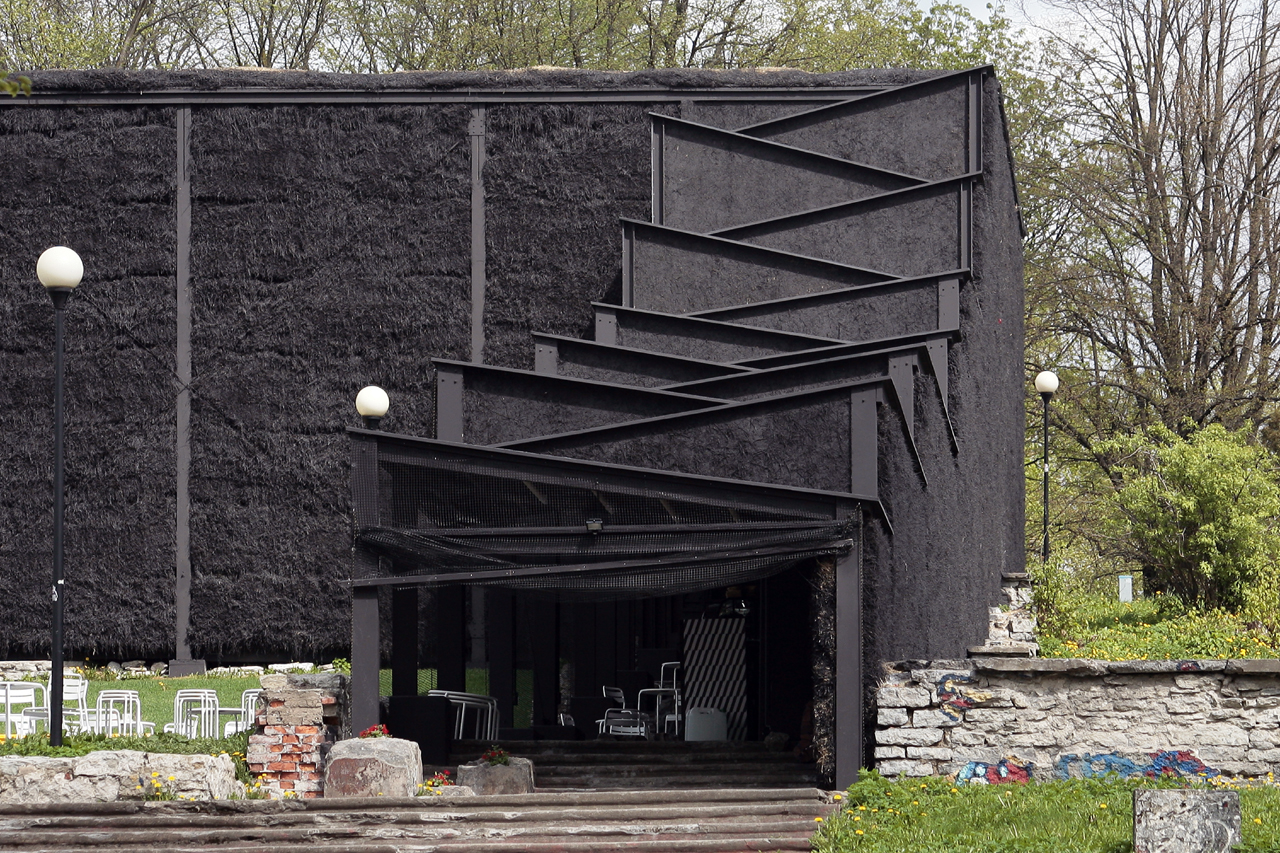 The Straw Theatre was a temporary architectural installation and blackbox theatre commissioned by the NO99 Theatre as part of the programme celebrating Tallinn as the European Capital of Culture in 2011.  The design concept of the Straw Theatre was to create a pure functional container for the performances and events with minimum spatial program that would shift Tallinner’s sense of urban landscape. Thus, the venue seated 250 people, housed a backstage and a small office, surrounded by a communal public space for various activities, e.g. a playground, a library, an outdoor chess table, hammocks, a vegetable garden and a café.

For the Straw Theatre building Salto Architects won the Annual Architecture Award of the Architecture Endowment of the Cultural Endowment of Estonia 2012 and were nominated for the Mies van der Rohe Award 2013, and the building was Highly Commended in Culture Category at the World Architecture Festival in 2011. The Straw Theatre was a highlight of the whole Tallinn Capital of Culture in 2011 program both for smartly activating public space as well as for its international, engaging and in many ways inclusive program.

“The Straw Theatre was a unique occasion of using straw for a large public building and adjusted to a refined architectural form. As a public building, its main role in terms of sustainability thus was to acknowledge the possibilities of straw and promote renewable materials in general. Making sense of existing ruins of a previous structure also stressed sustainable thinking.”

Comment by the Mies van der Rohe Award board