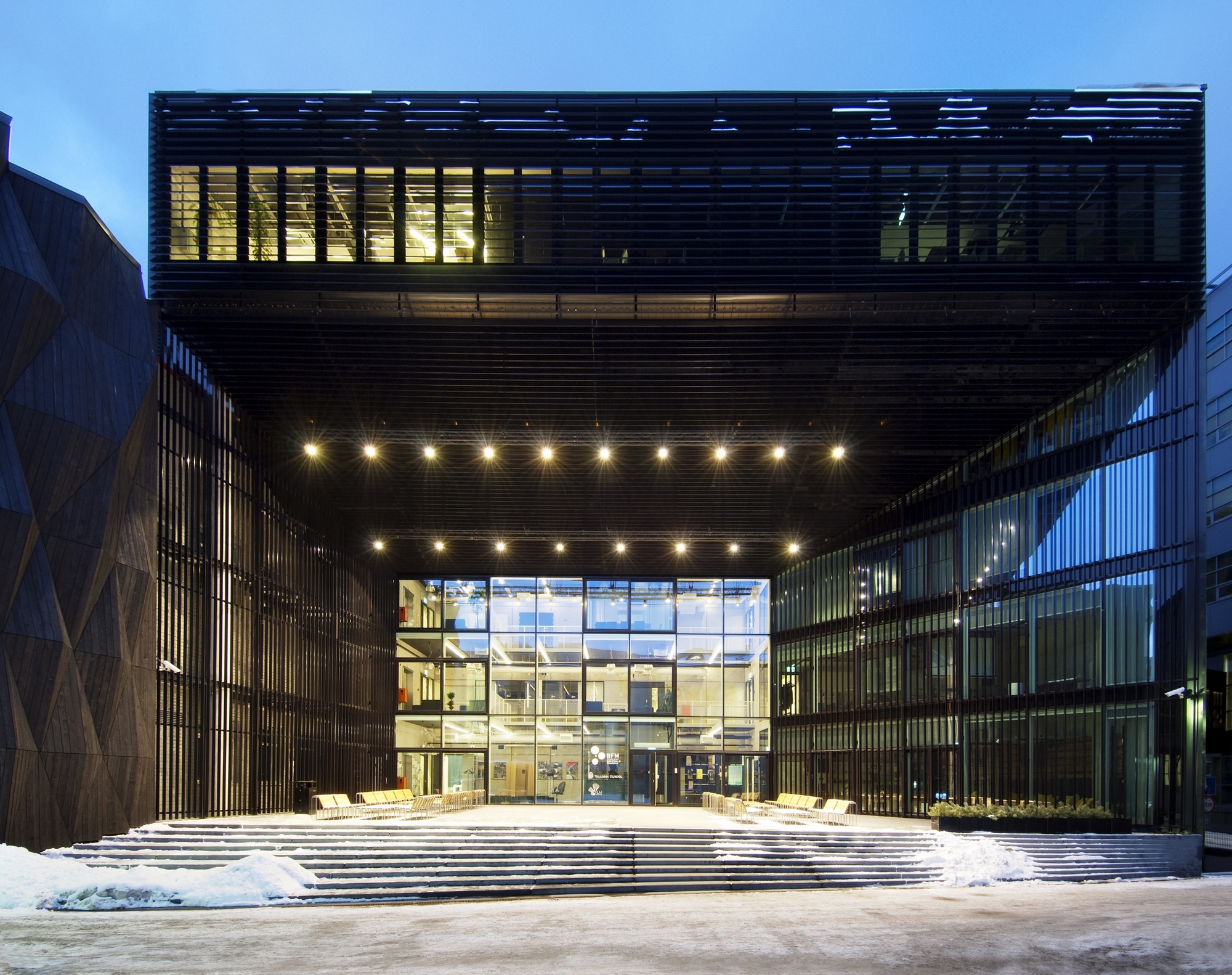 Urban space belongs to the public, whereas a building is private property. Thus the outer shell of the building may be taken as public property as well. One of our aims was to focus on this outer shell, to use it as an integrating device. Aside of the main program, one very important task of the BFM building was to organize the Tallinn University campus courtyard, consisting of several densely located building volumes randomly developed over time. The BFM as the latest addition tries to integrate the area, creating a participatory space instead of designing an image or a facade.

The building program is very specific, consisting of shooting pavilions on the lower floors and small office spaces and editing rooms on the upper floors. The inclined floor of the cinema forms the inclined roof of the exterior stage. The stage works as a main entrance to the building, as a terrace for the cafe, and as a gathering space in front of the atrium. The stage is the element in function of decorum but at the same time it is an essential part of structure and functional program.

“The main facade that opens to the courtyard is solved as a grand black stage turning the rest of the school into a backstage machinery, a hub of technicians, directors and producers, who are all united by desire to regularly put their ideas on stage. ”