In 2016, Salto Architects designed a new apartment building block called Riia Kvartal in Tartu. The new block will be built near the new creative town called Aparaaditehas, between Riia, Filosoofi and Era streets. The block consists of five seven-floor apartment buildings and one three-floor building that all house flats in variable sizes and number of rooms, accommodating studio-flats, two-room flats as well as big family homes.

A modern urban living environment and characteristic identity of the new housing block is created by the use of wooden and brick facades, on the one hand, and by having an underground car park as well as disability access and a recreational courtyard for all age groups, on the other hand. Nevertheless, one of the most important architectural solutions of this object, is that all the buildings are situated in respect to each flat’s amount of privacy and access of natural day light. The Riia Kvartal apartment buildings will start construction in 2017. 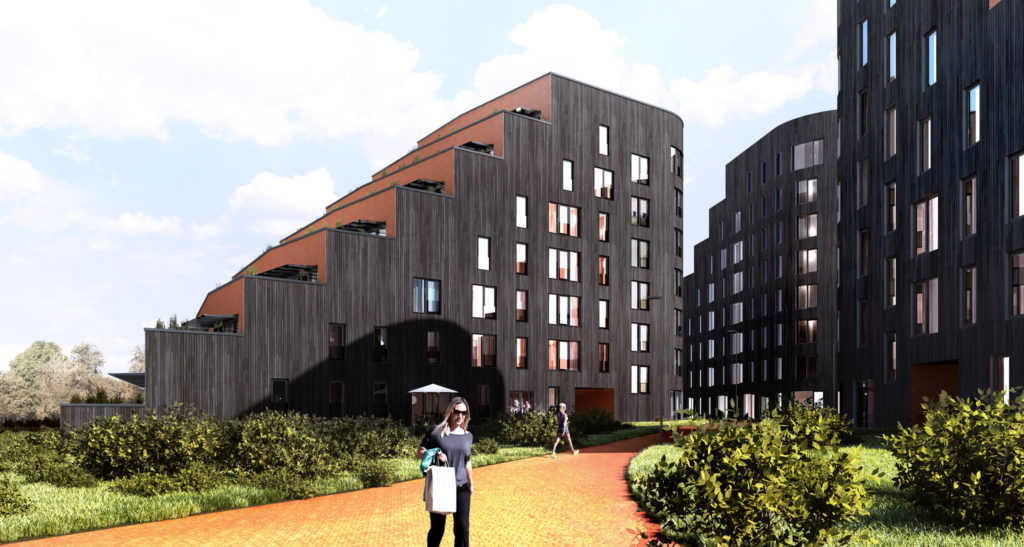