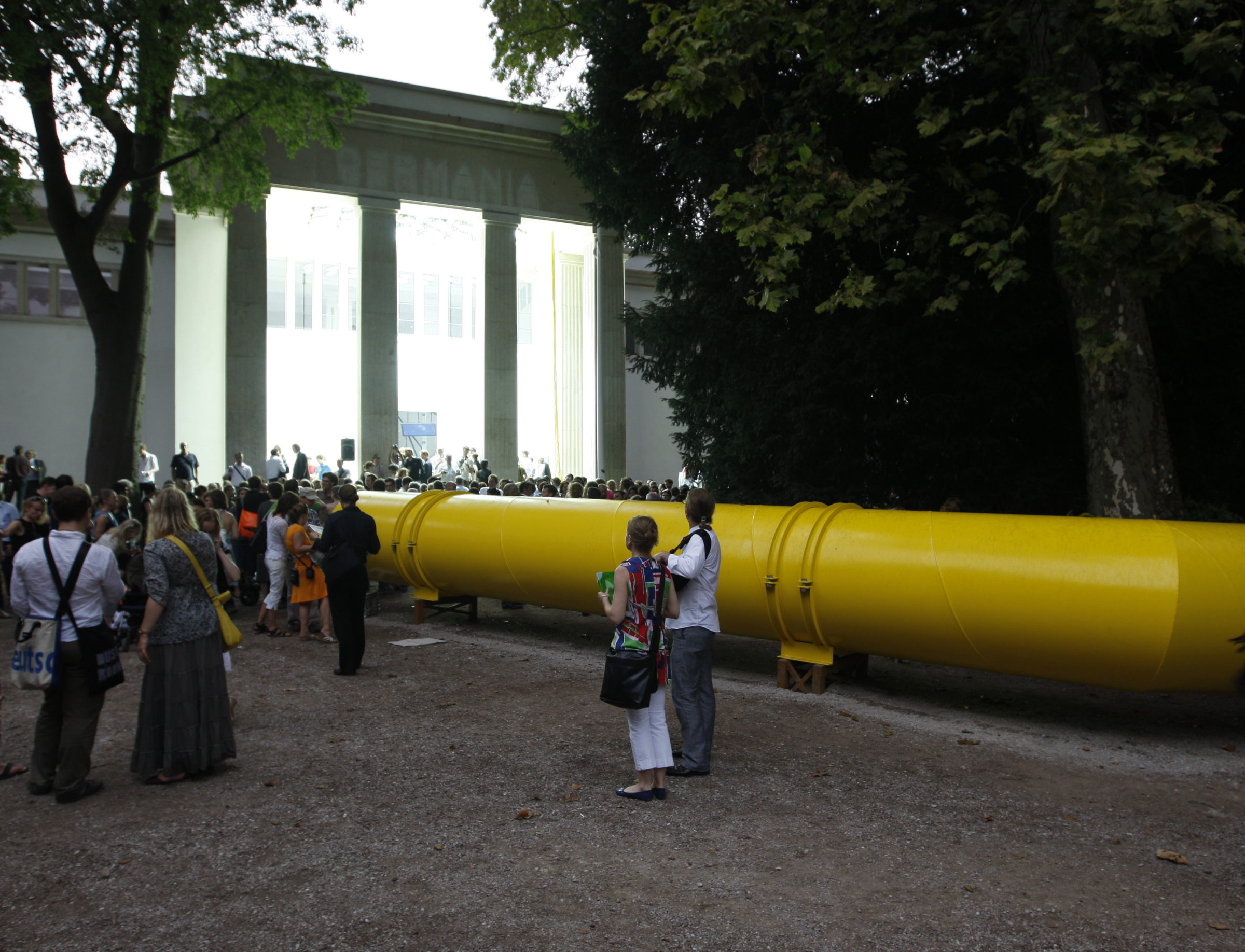 Annual Award of the Cultural Endowment of Estonia 2008

The Gas Pipe was a 63-metre long yellow gas pipe installation inspired by the current political tensions surrounding Gazprom’s initiative Nord Stream. As the Gas Pipe installation was commissioned for the Estonian exposition at the 11th Venice Biennale of Architecture in 2008, the object was progressing from Russian pavilion to German pavilion in Giardini, passing a number of other countries’ pavilions. Thus, the Gas Pipe visualised the current issues in international politics in relation to aesthetics of landscape in international free market economy.

A great number of international architecture publications and newspapers covering the 11th Venice Biennale of Architecture named the Gas Pipe to be one of the highlights of the year. In addition, it was awarded with two main awards of Cultural Endowment of Estonia in 2008. The actual Nord Stream from Vyborg, Russia to Greifswald, Germany was inaugurated in 2012 and is planned to have a double by 2019.

“Gaasitoru/Gas Pipe puts in broad day light one of the most pressing factors that will determine how the architecture of the 21st century will not develop in quest of beauty but of energy.”